“…asked whether it was not all a dream… It was all so wonderful that I do not know how to describe this first glimpse of things never heard of, seen or dreamed of before…”

Today’s photo tour brings us to beautiful Kitano-cho (北野町) on the north edge of Kobe, where city meets mountain.  Not only is it one of Japan’s most historical and international neighborhoods, it is also a pedestrian paradise.

The urban reality of Kitano-cho reflects and harmonizes with the natural terrain; east-west streets follow the mountain’s contours, and are lined with commerce, while north-south alleys provide access to additional residences.

The map below shows the three routes we will follow, highlighted in blue:

It looks like a large area, because of the small blocks and the large number of landmarks, but note the scale.  Also note that the width of Japanese streets and highways is greatly exaggerated in Google Maps.

As this next map shows, the mountain edge of Kitano-cho is only about 12 minutes from Sannomiya Station (on foot!):

We begin our photo tour along the city edge (southern border) of Kitano-cho, a street called Yamamoto Street (山本通り/異人館通り) which I refer to here as Route A: 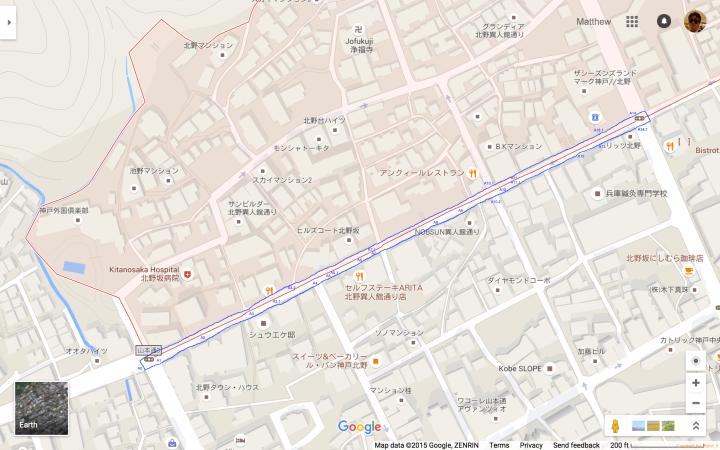 Starting from Tor Road (トーアロード) at the south-west corner of Kitano-cho, we proceed eastward along Kitano-cho’s widest and busiest avenue, Yamamoto Street: 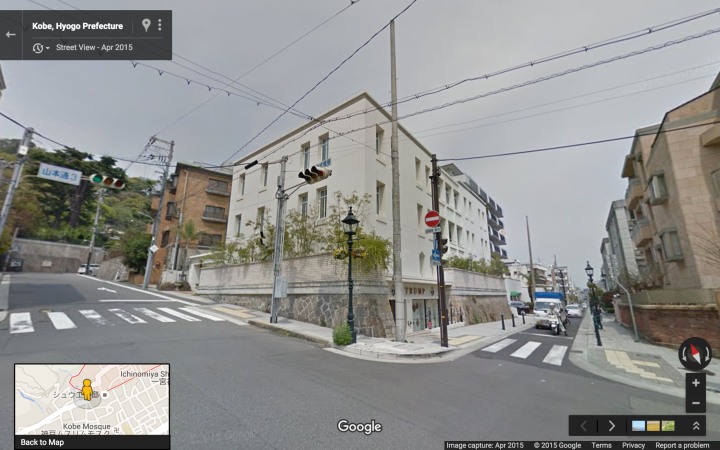 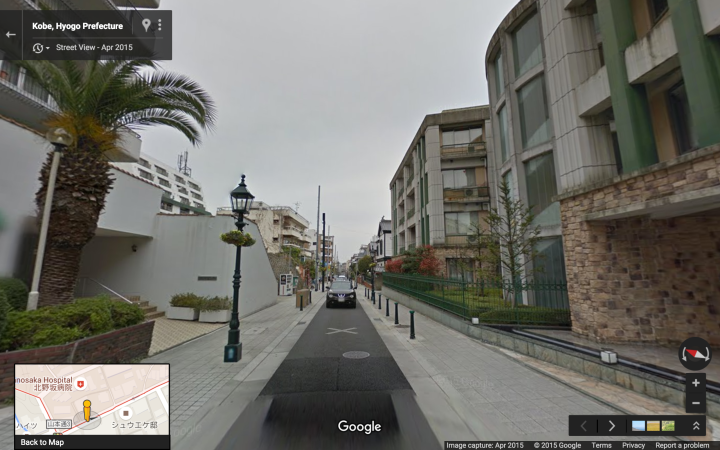 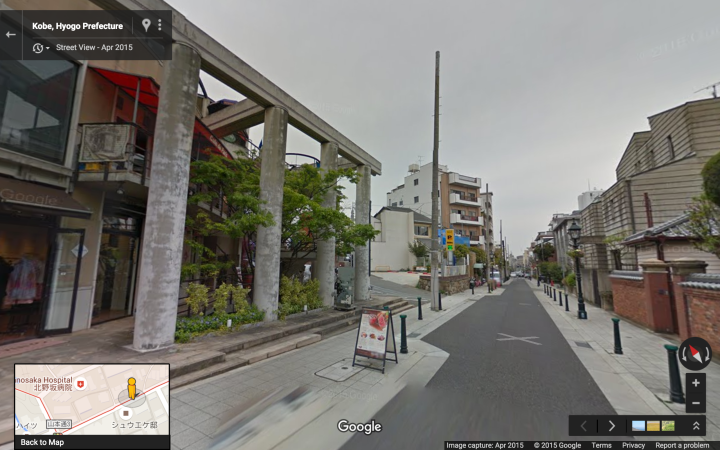 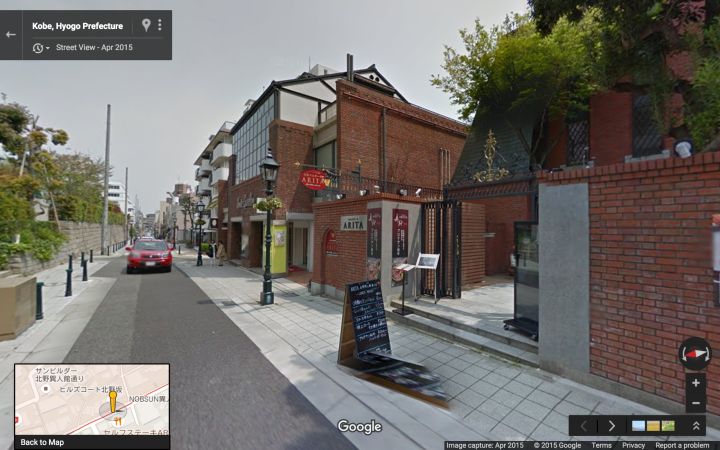 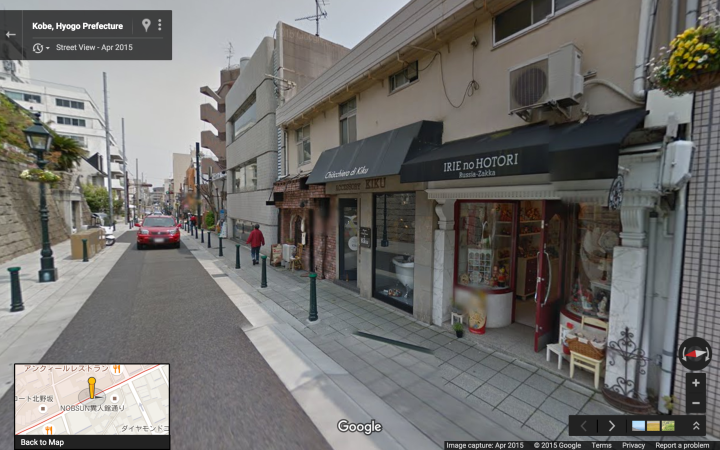 The next three pictures are also at this intersection (Yamamoto & Hunter Hill 山本通り・ハンター坂).

Looking northwards (uphill) along one of the few north-south streets in Kitano which are accessible by car:

This next shot is looking southwards along the same street: 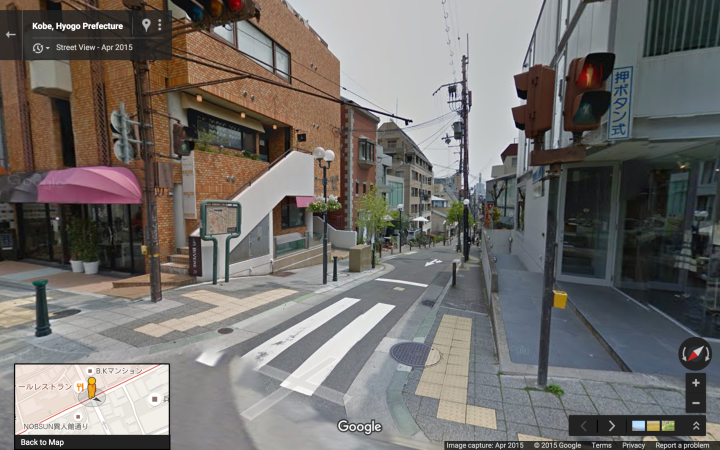 This next shot is looking backwards (westwards):

This next shot show an outdoor sitting area next to Lawson Station: 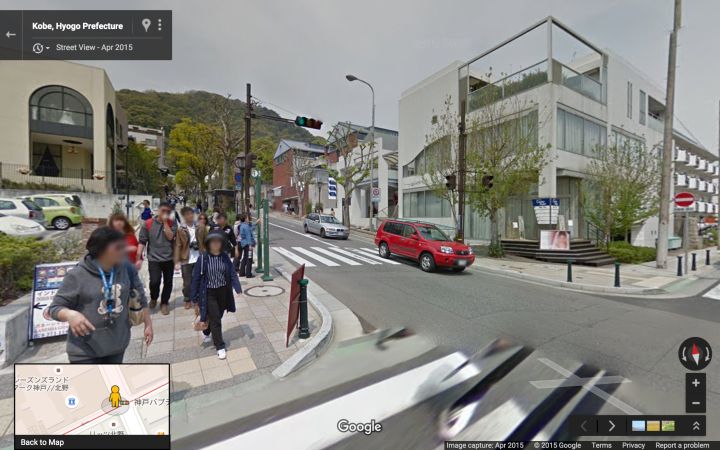 We now shift uphill to Kitano Street (北野通り/異人館通り) which I refer to here as Route B:

Starting from Tor Road at the west end of Kitano-cho, we again proceed eastwards: 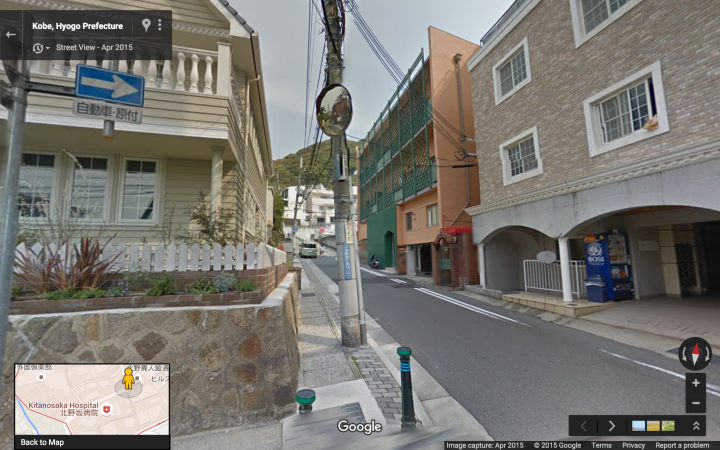 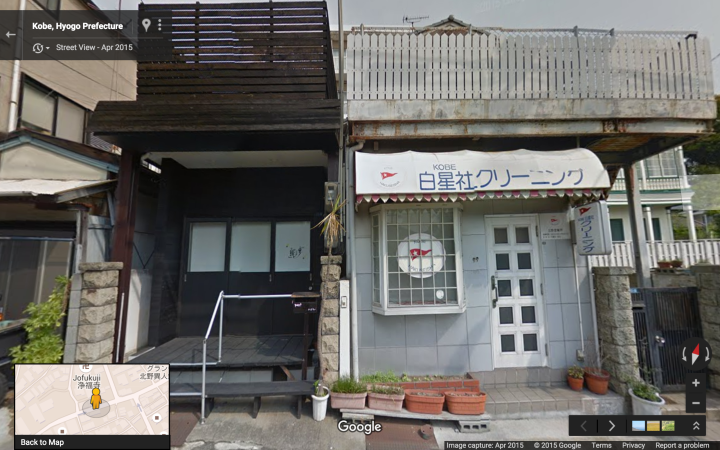 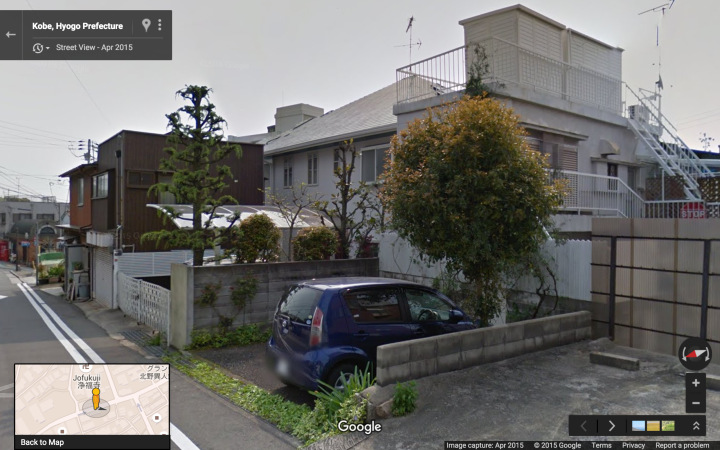 This next shot is looking south along Hunter Hill (ハンター坂), one of Kobe’s main north-south streets: 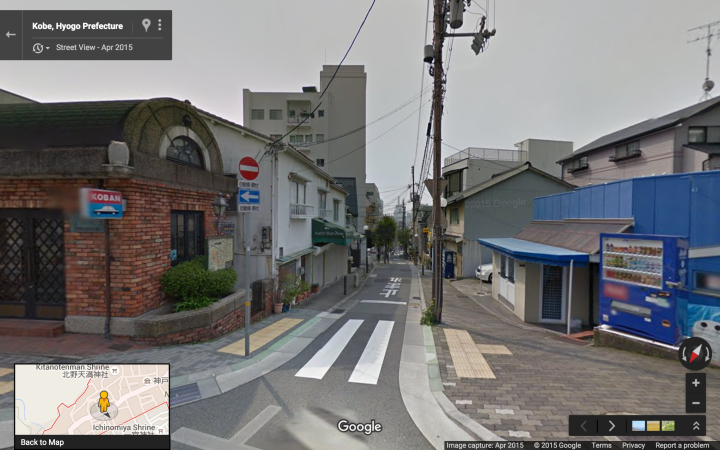 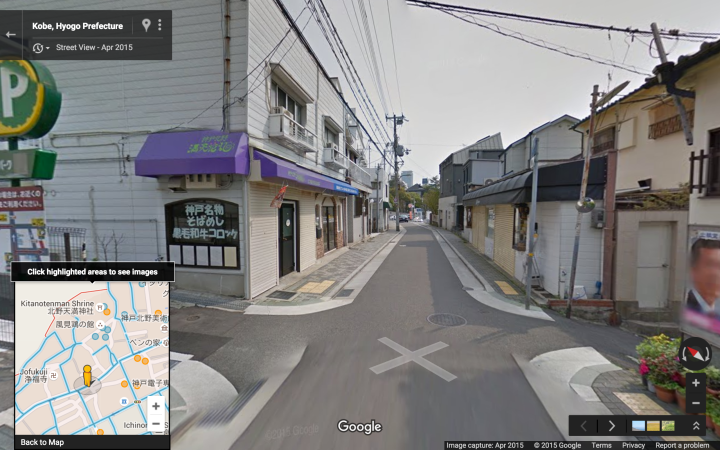 We now move even farther uphill, to the highest east-west street in Kitano, which I refer to here as Route C:

The center of Kitano, shown highlighted in green, is pedestrian only.  It includes the street in front of the historic Weathervane House, Kitano-cho Plaza, and the wide stairs leading down to Kitano-zaka street.

Proceeding from west to east:

Ahead is the pedestrian area (highlighted in green on previous map).  It deserves a tour of its own.